If you ever wanted a simple application for logging QSO while being portable or operating from an other station with your own callsign, this might be for you.

YFKlog by DJ1YFK is a simple ham radio logbook for Linux and other Unix-like operating systems. You can run it directly on a linux PC (like a Raspberry Pi) or via a telnet/ssh session from any other operating system or device. It has a simple console based user interface, ADIF import/export and quite a lot of other features. 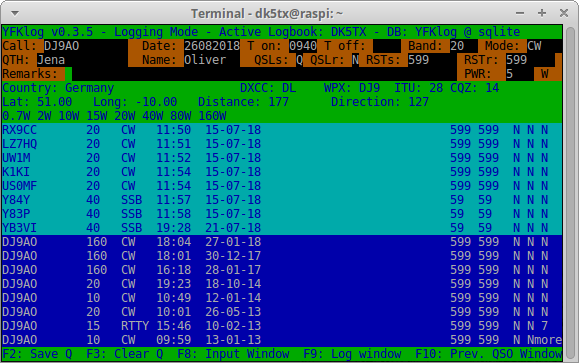 The installation is quite easy. You have to install some libraries first: Perl 5 with Curses/DBI and SQLite 3 with the required Perl bindings. In a terminal type:

After downloading YFKlog from the download directory and extracting it to e.g. your download folder, you run the installation command from within the yfklog folder:

Afterwards you can simply start YFKlog from the terminal by typing yfk. On the first run, you’ll be taken to a configuration menu, where you can set up YFKlog according to your needs. If you have set up an ssh server already, you can run your configured YFKlog from an ssh client, e.g. on an Android smartphone with JuiceSSH, which looks like this: 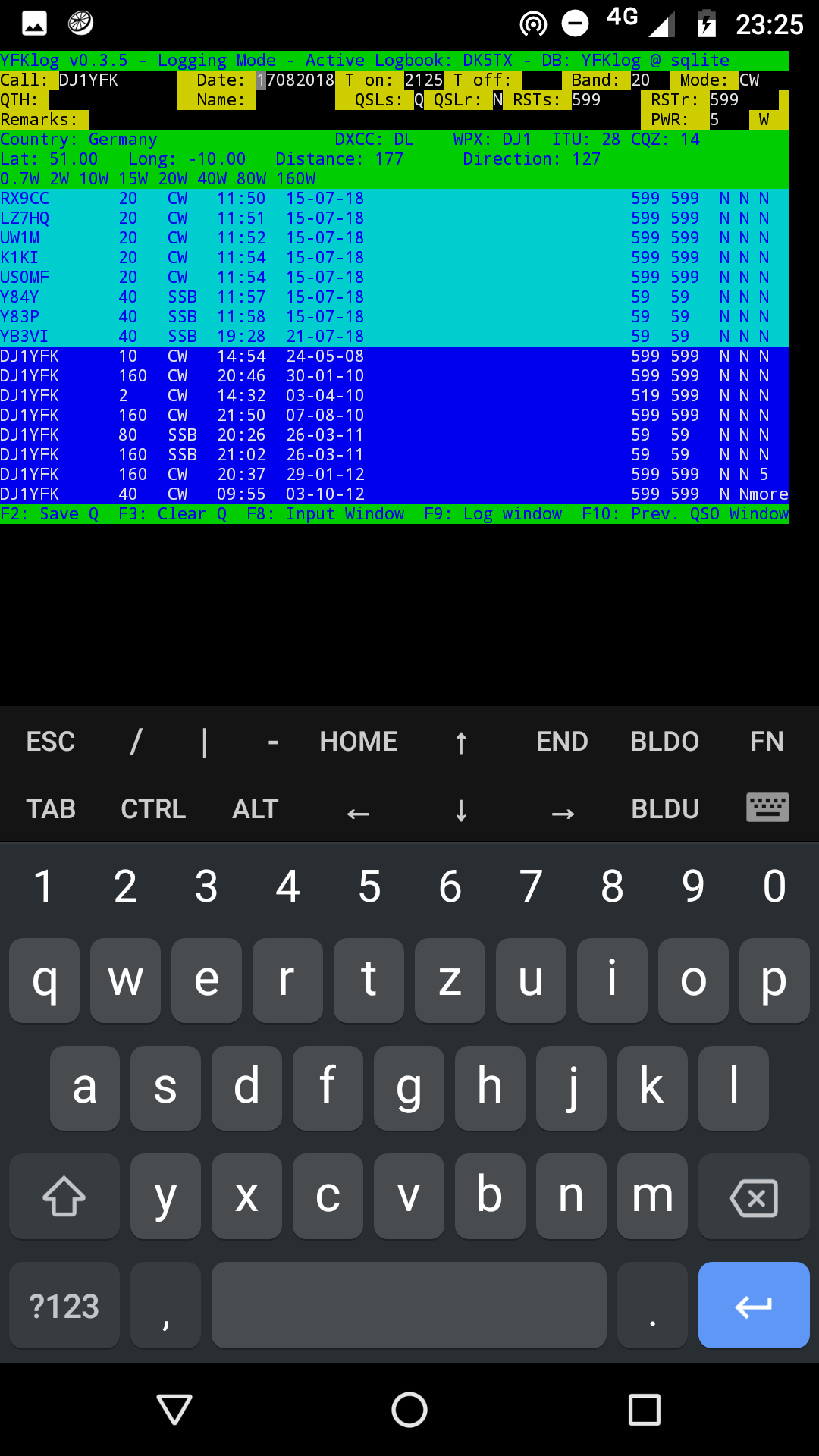